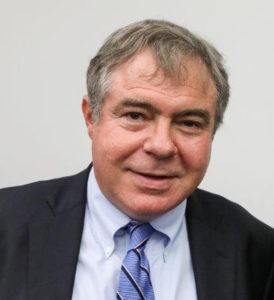 Biography: Samuel J. Dubbin, a principal in the law firm of Dubbin &amp; Kravetz, LLP, is a former shareholder in the law firm of Greenberg Traurig and partner with Steel Hector & Davis. A former Clinton Administration Justice and Transportation Department official, Mr. Dubbin has a Martindale Hubbell Peer Review Rating of AV and is included in the Bar Register of Preeminent Lawyers.

Mr. Dubbin served from 1993-1996 as an official in the United States Departments of
Justice and Transportation. He was Special Assistant to Attorney General Janet Reno and
Deputy Assistant Attorney General for Policy Development in the Department of Justice, and
later served as Chief Counsel to the National Highway Traffic Safety Administration (NHTSA)
in the Department of Transportation. At NHTSA, Mr. Dubbin was the chief legal officer for the
federal agency responsible for setting and enforcing vehicle safety and fuel economy standards,
and supervised rulemaking proceedings and litigation involving manufacturers, consumer
groups, the insurance industry, and other interested parties.

Dubbin & Kravetz was one of three firms that successfully represented Hungarian
Holocaust Survivors seeking restitution and an accounting against the United States government
in the Hungarian Gold Train case, which was settled for $25.5 million in 2005 after nearly five
years of litigation. Mr. Dubbin has also been an advisor for over a decade to the Cassirer family
of San Diego, CA, in its efforts to recover the Camille Pissarro painting, “Rue Saint-Honore,
Afternoon, Rain Effect, oil on canvas @1897, including the lawsuit Cassirer v. Thyssen-
Bornemisza Collection Foundation. The family recently obtained a favorable decision by the
Ninth Circuit Court of Appeals, reversing a summary judgment in favor of the Foundation, and
holding that the Holocaust Expropriated Art Recovery (HEAR) Act of 2016 supplied the statute
of limitations for the family’s claims (which the family satisfied), and that the family is entitled
to a trial on the merits on the Foundation’s knowledge that the Painting was looted by the Nazis.
The firm also represents Holocaust survivors and heirs of Holocaust victims with claims
against European insurance companies that failed to pay the proceeds of insurance policies
issued prior to World War II. Mr. Dubbin has testified before the U.S. House of Representatives
Financial Services Committee, the U.S. Senate Foreign Relations Committee, and the U.S. House of Representatives Judiciary Subcommittee on Commercial and Administrative Law on
legislation to enable Holocaust victims and heirs to sue insurance companies to recover unpaid
policies in U.S. courts. He also assisted the Senate Foreign Relations Committee and House
Committee on Foreign Affairs in organizing landmark Congressional hearings in 2014
concerning the health care needs of Holocaust survivors in the United States and throughout the
world. He has served as counsel to the Holocaust Survivors Foundation USA since 2000.

In 2006, Mr. Dubbin was selected “Most Effective Lawyer” by the South Florida Daily
Business Review in the class action field for 2005 for the Gold Train case. In March 2007, the
University of Miami School of Law honored Mr. Dubbin with its “Alumni Achievement Award”
for his work on behalf of the survivor community. In October 2007, Mr. Dubbin was the Guest
of Honor at the annual Benefit Dinner of the Blue Card, Inc. a New York City social service
organization that started assisting German Jews in the 1930s and has, since the end of WWII,
provided vital financial support for thousands of Holocaust survivors in the United States. In
2008, Mr. Dubbin was honored by the Jewish Museum of Florida as one of seven outstanding
Floridians for his service to the Jewish community and his work for Holocaust survivors.
In addition to his work for Holocaust survivors, Mr. Dubbin also has a long history of
service in the community. In 1996, Governor Lawton Chiles appointed him to the Florida
Transportation Commission, which provides policy guidance and financial oversight to the
Florida Department of Transportation. He had previously served on the Florida Supreme Court
Nominating Commission as an appointee of Governor Chiles. He served on the Board of
Directors of the Greater Miami Jewish Federation from 1998-2010, and served for over 8 years
as the Chairman of the Federation’s Jewish Community Relations Council. In 1992, he received
the Federation’s Stanley C. Myers President’s Leadership Award and in 1993, he received the
Partners with Israel Award from the New Leadership of Israel Bonds.